This year’s International Women’s Day comes with the theme #BreakTheBias. As always, we have turned inwards to reflect on what this means to us and to see where we struggle with gender bias in our lives. We reached out to several of our female colleagues to ask them what #BreakTheBias means. Here is the second part in our series of stories!

“We no longer are talking about women going out to work, or to conquer the world. The bias today, is more subtle, even going unnoticed sometimes. This could be about societal norms and the roles we have come to accept as normal. Most of the times the bias is within us. For example, in many households even today, it’s a woman who makes sure food is available at the right time. Even if she doesn’t cook, it’s the woman assumes responsibility to decide the menu for the day. Or when a family is traveling by car, and is stopped by a flat tyre, it’s the man who will assume responsibility to step out and change it. On the contrary, in both examples, if the men or women were not accompanied by someone from the other gender, they would automatically figure their way around and get the job done effortlessly. It is just that we are unknowingly swayed by gender-based roles when convenient. It is not about empowering women, but about breaking the bias across both genders. The examples above might feel like a very small deal to even talk about, but these biases can have a huge bearing on how each one of us treat ourselves and fellow-humans. Of course, this is changing quite rapidly but we have a long way to go before we reach a flatter world -a world where people don’t pass loose comments about women drivers, or one where a man does not feel pressurized to always earn better than his spouse/partner!

My husband’s grandmother, Gowramma, comes to my mind as I write this. She worked as a teacher in her younger days. She told me that she didn’t enjoy cooking very much, and nor was she a great cook. When she worked, she never bothered packing her lunch but ate out every day. She looked forward to it, and it gave her great pleasure to enjoy a meal outside. She was happily unencumbered by the need to always provide piping hot food for the family. Her family had the maturity to understand and support her, sharing responsibilities, even cooking a little. And that this happened two generations prior to ours is quite a big deal according to me! She defined what she would want to be like and stuck by it irrespective of societal roles. She and I shared a special bond, especially over the fact that both of us liked eating out. We lost her 2 years back, though I clearly remember how over any weekend, when I stepped out for a party, she had a twinkle in her eye, a sign of her joy in seeing me do something I enjoyed. She taught me that prioritising our happiness or choices doesn’t always mean we have to fight the world for it. It means, remembering what matters to us as an individual, and not forgetting it. And this applies to everyone irrespective of gender, something we should consciously practice every day!

My mother has been a great driving force in my life. She has had a huge role to play in ensuring my sister and I grew up to be individuals who are sure of and are willing to pursue our choices. Yet when we step out into the world and meet people from different backgrounds and experiences, it is impossible to not notice biases that are deep rooted in societies. It is difficult to not get unknowingly carried away by what we see around us as normal behaviour. Like they say change is the only constant, and I look forward to this change of breaking biases!

“Conscious bias has been a damaging social issue for some time, but unconscious bias is probably the most common form of discrimination. Unconscious bias is how a person thinks that has been shaped by their life experiences. In my family, I am the first woman to earn a master’s degree. I remember my grandfather asking my father why he wanted to spend on higher education, since I would anyway be married soon and leave the home. I am incredibly proud of my father for having stood up for me and my siblings, he always insisted that we prioritize education. And he was my inspiration to complete my master’s degree. My father been a role model in so many ways, as a father but also in showing us what an equal marriage looks like. The relationship my parents share, the respect my father extends towards my mother, towards women, his pride in our achievements… He is the biggest feminist in my life.

When I graduated from Pharma, I was not keen on research or drug manufacturing areas and therefore started my journey with Sales and Marketing. There were very few women in these roles during late 90’s, maybe 1 in 50. I did feel out of place, but I learnt to push myself, to be more outspoken, to be confident. A woman can hold ambition and humility. Just as a male can be outspoken and pleasant. It’s been a long journey from there. And yes, along the way, I have encountered gender bias. But I wouldn’t want to generalize it. Education has brought some improvement. Things today are not as bad as it was two decades ago when I started my career. How do I counter bias? With optimism, being vocal, staying determined despite obstacles, having strong and confident mindset and yet being authentic, not losing individualism."

“Bias… it’s not really evident but you know it’s there. In a professional environment, there are systems in place and repercussions, so maybe that helps suppress it. But I see it, in say, sales roles. So many companies will hire men in sales because they assume women won’t travel much, or will find it challenging to handle it. A company I worked for had a mandate to hire women in sales roles and adapted the rules so that they suited women. A lot of men didn’t understand it or mistook these changes as privileges for women. That, to me is, is also the bias we continue to have. It’s also seen in the representation of women in leadership roles, there are still very few women here.

My parents are the first feminists I have known. They taught my sister and I to speak up. While my sister imbibed this more easily than I, it was after I started working that I realised the need for it. Early in my career, I learnt that if I wanted to be heard, I had to learn to be assertive, even aggressive. I realised that only if I put my foot down, even seeming unreasonable at time, would I be heard. It’s been 16 years since I started working, so it’s become a personality trait. At first, I felt I was putting on an act. That can be exhausting because I was not the person I was trying to be. But I felt I had to be that way. I don’t think men go through a similar experience.

I have been lucky in bosses who have been feminists themselves; the best boss was the one who said, “I won’t be giving you any special treatment because you are a woman.” And that’s what an ideal workplace would look like - one where gender doesn’t matter.

People perceive me as an assertive colleague, a taskmaster, and sometimes complain that I am aggressive. When the need arises, it’s me who plays the bad cop. I will call out any biases I see. I will call out sexist jokes, about either gender. To me, being feminist is not about male bashing but about gender equality. My friends tell me I have toughened up, and that’s not just from experiences at work but also in life. Today, if I can travel alone, be assertive, be independent, it’s a result of learning to fight biases, and claiming my space.

Organizations need to view flexibility as a long-term investment; it’s not a free ride for us. As hybrid workplaces become the norm, it will bring more women to the workforce, and we must adapt our strategy to make it work. Women need the right tools to be a part of the workforce. And organizations can help, by becoming an equal opportunity employer, whether in salary, in flexibility or opportunity.”

To younger women colleagues, I’ll say, be yourselves. Keeping up an act, changing your personality is exhausting and you can lose out on more important things. Can you be yourself and still grab your space and ensure that your voice is heard?” 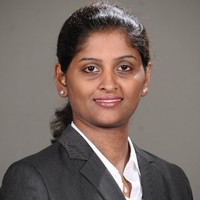 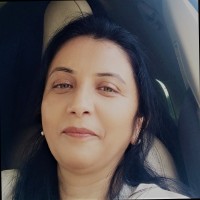 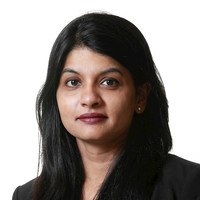